Razer has made a comfy niche in the gaming laptop world by carving classy-looking laptops out of aluminium, and the latest Blade 15 is no exception. Physically, not much has changed since last year’s model. The chassis is black and minimalist, with a subtle hinge, clean lines and colour only provided by the keyboard backlight and the lid’s logo. It’s a fantastic-looking machine. 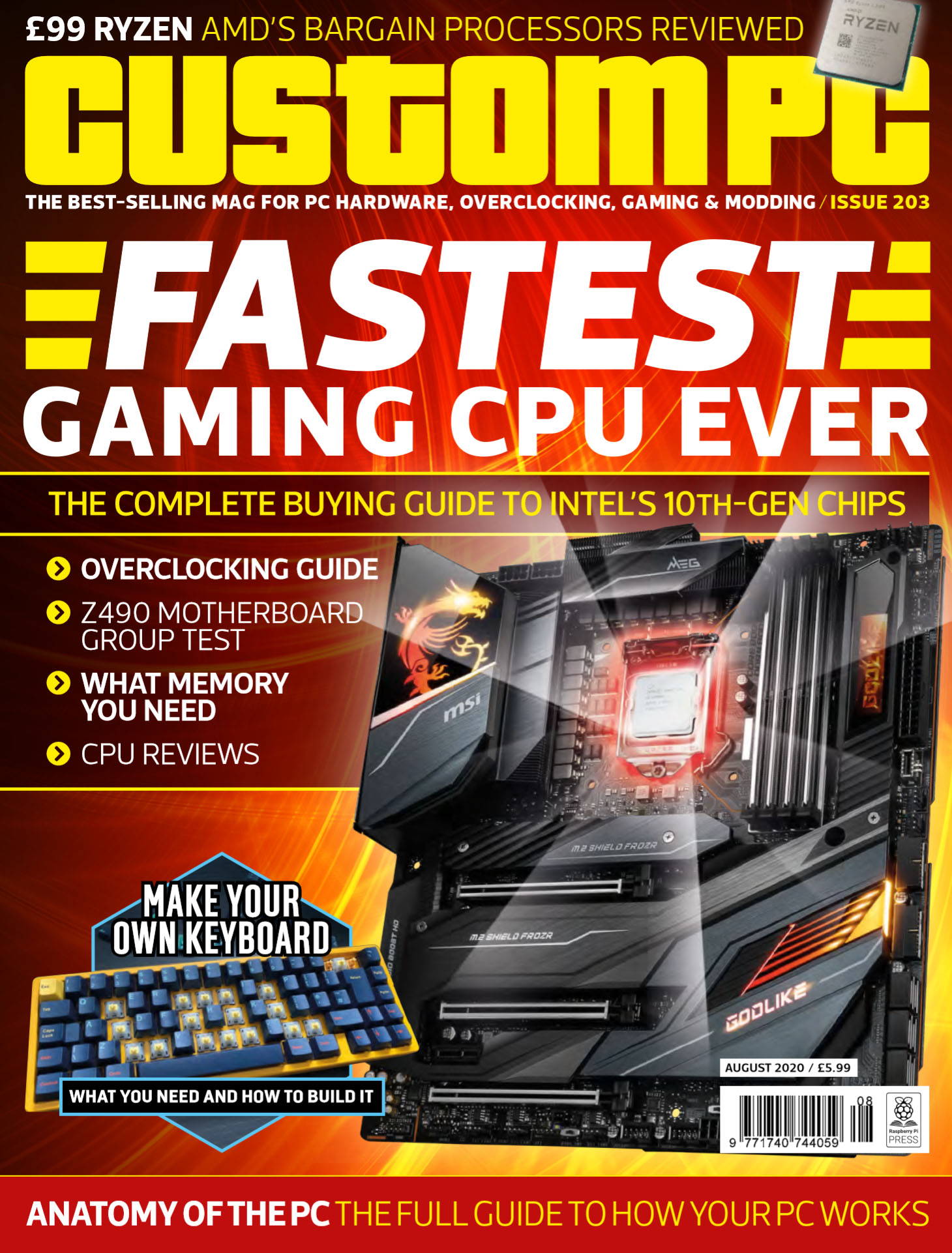 Its 18mm thickness is a tiny bit chunkier than last year’s model, but it’s not really a noticeable increase. The 2.1kg weight is fine too – it’s certainly light enough to make the Blade easily portable. The build quality is great as well – the aluminium just doesn’t budge. You lose some features in the move to a slim and light laptop, though. On the plus side, you get three USB 3.1 connectors, a Type-C port, plus HDMI 2b and mini-DisplayPort 1.4 outputs. However, there’s no card slot, only one audio jack and no Gigabit Ethernet, and there’s no adaptor for the latter either.

There’s no numeric keypad, macro keys or dedicated media buttons on the keyboard either. The keys also feel light shallow, even when compared to other chiclet-style designs – they hardly feel like they’re moving during typing. It all works fine, but you ideally want a bit more responsiveness from a gaming keyboard. Also, while the touchpad is large and precise, it sits too close to the Razer’s sharp front edge, which isn’t particularly comfortable. The touchpad’s buttons also feel a bit slow and spongy – you’ll want to plug in a proper USB mouse for gaming.

Meanwhile, the RGB LEDs are controlled from the Razer Synapse app, which offers the usual lighting patterns and individual key customisation. Elsewhere, you can record macros, tweak fan speeds and save profiles to use with different games.

The main feature, of course, is the new GeForce RTX 2070 GPU. It’s the Max-Q version, which means it’s downclocked a little to improve efficiency. It runs at 1080MHz here, for instance, rather than 1410MHz, although you still get 8GB of GDDR6 memory. The GPU is joined by a Coe i7-8750H CPU. It’s a six-core part with Hyper-Threading, and it runs at 2.2GHz, with a six-core turbo peak of 3.9GHz and a single-core top speed of 4.1GHz. There’s also 16GB of dual-channel 2666MHz DDR4 memory and a 512GB Samsung NVMe SSD.

The RTX 2070 gives the Razer some serious gaming power, especially at its screen’s 1080p resolution. Its minimum frame rate in Shadow of the Tomb Raider was a decent 62fps, as is its Total War: Warhammer II minimum of 59fps. In Battlefield V with DirectX 11, the Razer returned a solid minimum of 75fps as well – a superb result.

The Razer will clearly play any current game at 1080p, and it’s got enough grunt to output to VR headsets too. However, you’re only going to get games running beyond 100fps in certain situations. While esports games and less-demanding titles will serve up those frame rates at high quality levels, you’ll have to drop down to lesser graphical levels to run more intensive games at the speeds required to make proper use of the 144Hz screen.

There’s scope to add real-time ray tracing features too. Enabling Low DXR in Battlefield V dropped the minimum frame rate to 54fps, which is still perfectly playable and makes massive difference to reflections and lighting in the game. Stepping up to High DXR dropped the minimum to 37fps, with a 47fps average, which is fine in the single-player game, but you’ll want to drop down to Low DXR for intensive multiplayer games.

Meanwhile, the CPU processor returned solid scores, but it’s hindered by the laptop’s cooling system, resulting in throttling. With the CPU stress-tested, the six cores never got beyond 3.25GHz, while in the more varied Cinebench test the cores topped out at 2.9GHz. Both results are a long way short of the CPU’s six-core turbo peak of 3.9GHz.

The CPU and GPU temperatures both peaked with fine Delta Ts of 64°C, which is fine, but the Blade makes a loud and irritating noise when it’s working hard. Even during modest gameplay the fans produce a low, noticeable rumble, and there’s more noise in tougher games. During gameplay the metal around the keyboard also became hot, and the panel on the bottom of the machine was almost too toasty to touch in some demanding situations.

On the plus side, the screen’s average Delta E of 1.7 is superb, and the colour temperature of 6,798K is good. The Blade’s screen rendered a reasonable 89.4 per cent of the sRGB gamut, and the backlight never deviated by more than 10 per cent too. The brightness level of 324cd/m² is great s well, but the black level of 0.36cd/m² is too high. The resulting contrast ratio of 900:1 is fine, but not exceptional.

This screen has huge brightness, punch and vibrancy, especially when rendering brighter shades, but it also lacks a bit of depth when it comes to darker areas. Plus, while it has a 144Hz refresh rate, there’s disappointingly no G-Sync support.

The speakers are middling, too. The high end is crisp, but the mid-range is weak and the bass is muddy - you’ll want a headset for gaming. Our final test, battery life, saw the Blade last for 90 minutes in a gaming benchmark and five hours during applications. That’s better than many gaming laptops, but you’ll still need the mains for a proper gaming session.

Razer’s machine looks the part, with mature design alongside excellent build quality. The RTX 2070 is quick, and the screen offers reasonable quality. However, the Blade 15’s slim design results in compromises. The CPU throttles, the keyboard is light and shallow and it gets hot and loud. The Razer Blade 15 is stylish and fast, but at this price it neds to offer a more well-rounded experience.

Solid gaming pace matched by good looks and build quality, but it gets hot and noisy, the CPU throttles and it’s too expensive.